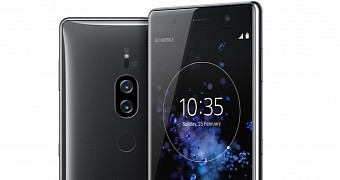 Sony’s Xperia XZ2 Premium will be remembered in the industry as the world’s first smartphone to feature a dual camera system with highest ISO sensitivity ever implemented in a mobile phone. The device boasts ultra-high sensitivity of ISO 51200 for ultra low light photos shoots and ISO 12800 for video recording. In addition, it’s adding 4K HDR Movie recording and playback.

“It’s all thanks to the new dual sensor system in the Motion Eye Dual camera and AUBE fusion image signal processor to capture more than the human eye can see,” said Sony Mobile in the press release. “With XZ2 Premium you can also film like the pros using its 4K HDR Movie recording and play it back in the palm of your hand on the 4K HDR display.” The announcement date of the OnePlus 8 series is finally official Google Pixel 4a render appears on Google Store, but it's still not official