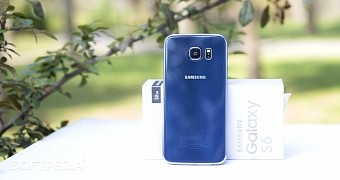 Samsung is being used by a US-based company for allegedly infringing on three different patents with biometric authentication technology used on a series of phones, including the Galaxy S8.

Data encryption company PACid Technologies, says Samsung’s Galaxy S6, S7, S8, and Edge versions that were launched in the past used fingerprint and facial recognition solutions covered by three of the patent it owns. The firm says PASS biometric software and KNOX also violate its patents.

PACid is seeking to obtain up to $3 billion in the lawsuit, and the company filed a complaint on April 6 with the Texas Eastern District Court.

A report from The Korea Herald suggests that PACid might actually be a patent troll that only seeks to obtain money from tech giants, as lawsuits against other large companies, like Google, Apple, and Nintendo, have also been filed in the past. It’s expected that new suits based on t… (read more) Warning from security firm: some Android users should not use any Bluetooth accessories No nonsense flagship: do you like the LG V60?