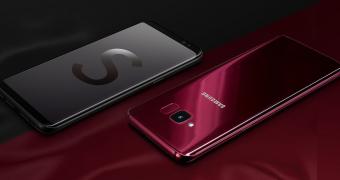 Samsung has just taken the wraps off the so-called Galaxy S Light, a new model particularly aimed at the Chinese market that’s mostly referred to as the Galaxy S8 Lite.

Primarily a stripped-down version of the Galaxy S8, the new device looks like the original flagship launched last year, but instead comes with more modest hardware, obviously in an attempt to keep the price down.

This means that the Luxury tag in the naming, the device isn’t exactly a luxurious or premium model, instead focusing on delivering good value for the money.

When it comes to specifications, the device features a 5.8-inch Infinity Display like the original Galaxy S8, also with a 18.5:9 aspect ratio, but instead comes with an FHD+ resolution. This shouldn’t be a problem given the high quality of the Samsung displays, but it’s still a downgrade from the S8.

Additionally, power comes from a Snapdragon 660 processor, way slower than the 835 model that was ins… (read more) Moto G5 Plus Leaked Picture Shows the Back Side