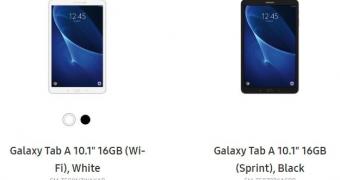 Microsoft is believed to be working on a cheaper version of the Surface tablet in order to compete against the more affordable Apple iPads, and now it looks like Samsung is also planning some product debuts in this regard.

In addition to the Samsung Galaxy Tab S4 due this year, the South Korean firm could also introduce what could be called the Galaxy Tab Advanced 2, a cheaper device whose purpose is to attract buyers who cannot afford the more premium version.

Little is known at this point, but a recent report indicates that evidence of a tablet model number SM-T583 has recently been spotted on Samsung’s Korean website, suggesting that such a device is indeed on its way.

No word on pricing