Home » Android News » Get Navigation Gestures on Any Android Without Root 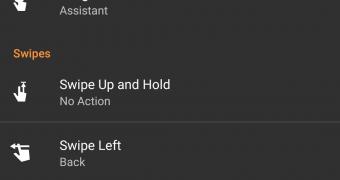 The ability to control the operating system on a phone or tablet with the help of gestures is not something new, but it looks like it’s about to become much more mainstream and the Navigation Gestures app for Android seems to be the best one, at least so far.

Apple has already introduced gestures for its devices, and Android P will also feature this option. Some other phone makers have already implemented some form of gestures on their Android versions, so we do know that it’s coming.

In fact, we also have to remember that we had the Ubuntu Phone not too long ago. Even if it didn’t make it, the company that made that OS, Canonical, had this idea and it worked. Like many other ideas that died before getting resurrected once more, it seems that hand gestures are one of those. HTC Bolt Could Arrive With QHD Display and Snapdragon 810 SoC Google Launches the Pixel 4 with Android 10, Astrophotography, and Motion Sense